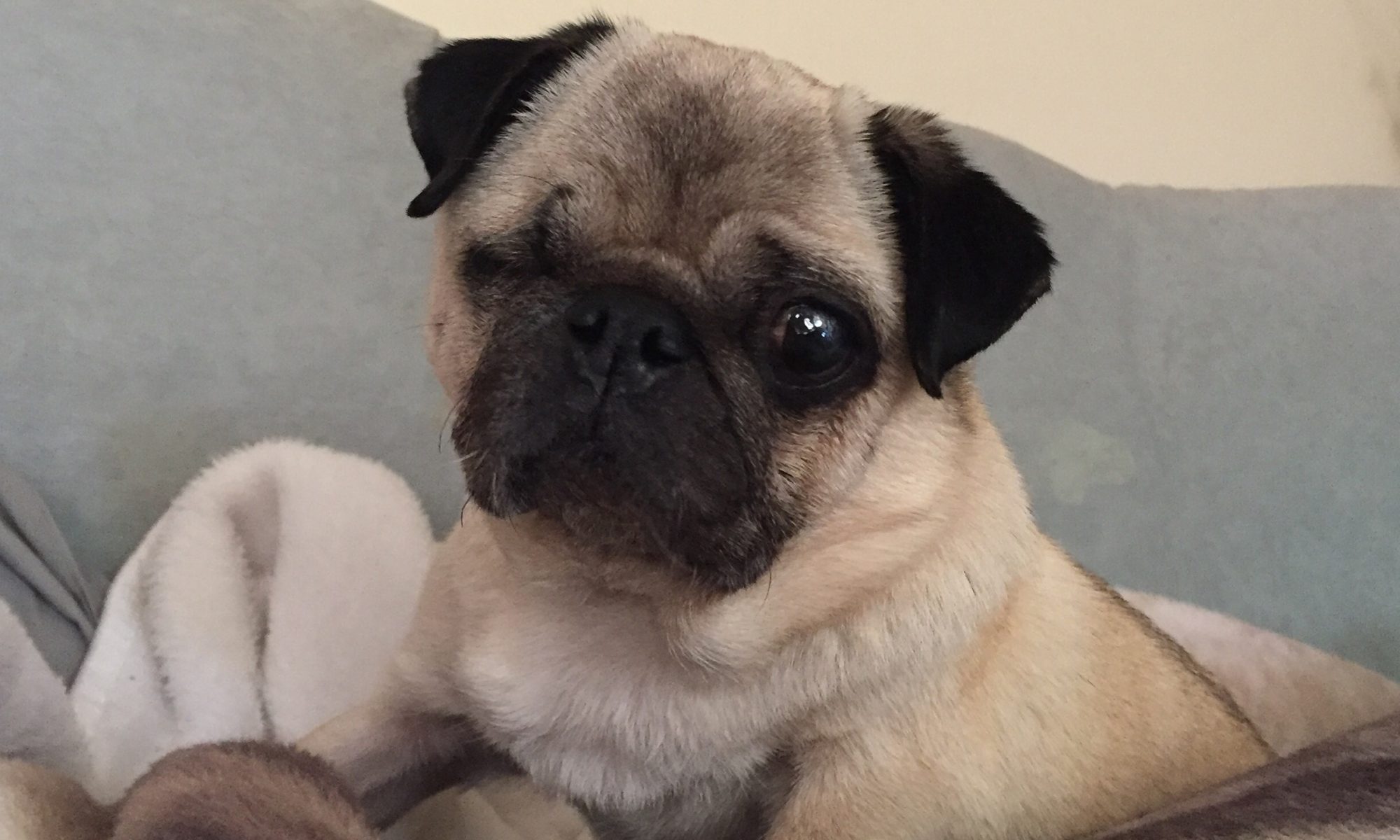 Through my years growing up, we always had dogs. Dogs came and went and I don’t remember being upset when they died. Some went after I’d already left home. Some when I was a kid and I remember being sad but not exactly gutted. I do vividly remember my sister being devastated when Ginny, one of her cats, was run over when we were at school though.

She was so mangled my dad, trying to save her feelings, buried the cat in the walled garden before she got home. She couldn’t believe it was true – we found her later on, sobbing and trying to dig up the cat to check. She was so small she could barely hold the fork. I can remember my rabbit dying and how gutted I was about that – my mum fed it hemlock by mistake – but as for the other various furry family members. I don’t ever remember being that sad. They seemed to come and go a lot.

Two days ago, we put our dog to sleep. It was absolutely the right thing to do. We’d rescued her, and from the minute she arrived there was always something wrong with her. Admittedly, not obviously life-threatening stuff. But we had her dislocated knee fixed, and tried to find food that wouldn’t make her sick, and discussed the best way to investigate why she was sick so much.

But through most of that she was just an utter joy – a happy, healthy dog with a tendency to eat too much, as pugs do, and a constant need to be close, to sit on you, to lick and love you. I’ve always generally had terriers before, and they’re fun and feisty, but Ruby was a pug. And the pug is a different country altogether.

Comical, gentle, loving and sweet-natured, I’ve never had a dog like Ruby before. She arrived in a fat panting panic, her little world turned upside down as she’d been moved from her old home to ours, and it took us a good few weeks to settle her in. But she was an absolute joy. Like, you couldn’t imagine a nicer animal. Everyone adored her and she adored everyone.

And so when we found out she was absolutely riddled with lesions and cancers and a cirrhotic liver, there was absolutely no question that we would put her through any suffering she didn’t need to endure. She’d already had a dodgy month or so being ill, whilst we did tests and found out what was wrong. I think we knew in our hearts for a few days, even before the tests were confirmed. I’d been crying for days already. We knew.

Knowing it’s the right thing to do helps. It really does. And when we made that final trip into the vets and the vet even said – I’m not supposed to say this but you’re absolutely making the right decision – well, that helped too. I’m not sure how many times we all said to each other, this is the right thing to do, isn’t it? But there’s always that feeling of doubt, even when there shouldn’t be. Maybe if we did this, maybe if we tried that… but we all knew that would be so that selfishly, we could keep this joyful waggy little character with us a bit longer. And that would have been awful.

She’d lost a load of weight, had terrible dermatitis which made it sore for her to walk, and didn’t want to eat. She shook a fair bit too, which we took to mean she wasn’t having a great time internally. And when you add all that up, taking into account the almost invisible tiny liver that was so shot to pieces. Well, no choice at all really. Who the hell would want to keep a dog in that sort of state? That we made the decision swiftly and moved fast is something I shall always be proud of us for doing as a family. None of us wanted her to get any worse, however gutted we were.

Surreal, going to the vets. We took in her comfy little bed so that for her final sleep she’d be in her own stinky nest. And honestly, she went so fast. We all held her as she slipped, the weight falling out of her, laying her down. And that was it. No struggle, no last twitching or anything … she just went, and we lowered her down gently to sleep.

I felt a real sense of relief – the morning leading up to the trip to the vets was horrific. We all wanted to hold her and keep her close. She wanted to eat and had a hearty breakfast. She seemed to be having a good day. I’m glad that her last morning was a good one and that she was pretty chipper. If we’d had to carry her into the vets in a right state it would have been horrible. But Jesus, those doubts I mentioned – they came in spades in those few hours, watching her beetling about.

We did well to stick to the plan. But actually what ultimately made it easier again was watching her after she’d eaten. About ten minutes after her hearty breakfast she had to lie down, trembling as the food hit her tumour-filled stomach and she coughed from her newly, aggressively growing mass-filled lungs. Oh Ruby Doo. Why you?

Anyone who has seen someone go under anaesthetic will know how different it is to seeing someone sleep. The body is completely flaccid, no muscle tone or tension. And it’s the same watching them die. My 15 year old daughter held her little body as she went, and I’m eternally grateful she was there to see her beloved pug go off. She had thought she’d say goodbye at home, thought she wouldn’t be able to face the whole euthanasia process. But there’s a definite finality about seeing them off properly. And we all cried, and stroked her, and said goodbye. It was – as much as these things can be – lovely. And she wasn’t worried. She’d got into her bed, and gone to sleep. She was the only one who didn’t know she wouldn’t wake up again.

The finality is the hard bit. Coming back to the house, there’s a million Ruby things kicking about. It’s not just the emptiness of the house, it’s a sense of disbelief that she’s not actually there. Her blanket is here. It smells of her little warm body. Her toys, still wedged in parts of the house. Sweeping the kitchen floor I find myself loathe to throw away the sweepings because it’s full of dog hair – previously the bane of my life and not at all good for anyone coming into the house wearing black. It’s like – there’s bits of her everywhere; her bag with her leads and collars and stuff, different foods and treats. Even poo bags! Good god, it’s just awful.

But at the same time, we’re not quite ready to remove her from view. We won’t throw stuff out – we’ll keep it. And at the moment it’s sort of tidied away into little piles to try and minimise the spread of her stuff. When we’re less raw we’ll sort through it all.

So here we are. Dogless. We were dogless for years before Ruby, and Ruby came to us less than a year ago, but the hole in the house feels about ten years wide. Friends and family have been lovely, but nothing is going to fill that gap for a while, and when the tears stop flowing and we can let Ruby go properly without wailing every time we see a bowl or a blanket she loved, we’ll think about another dog. But for now, we are dogless, and it’s hard to believe we lived like this for so long before she came. I will never forget her.